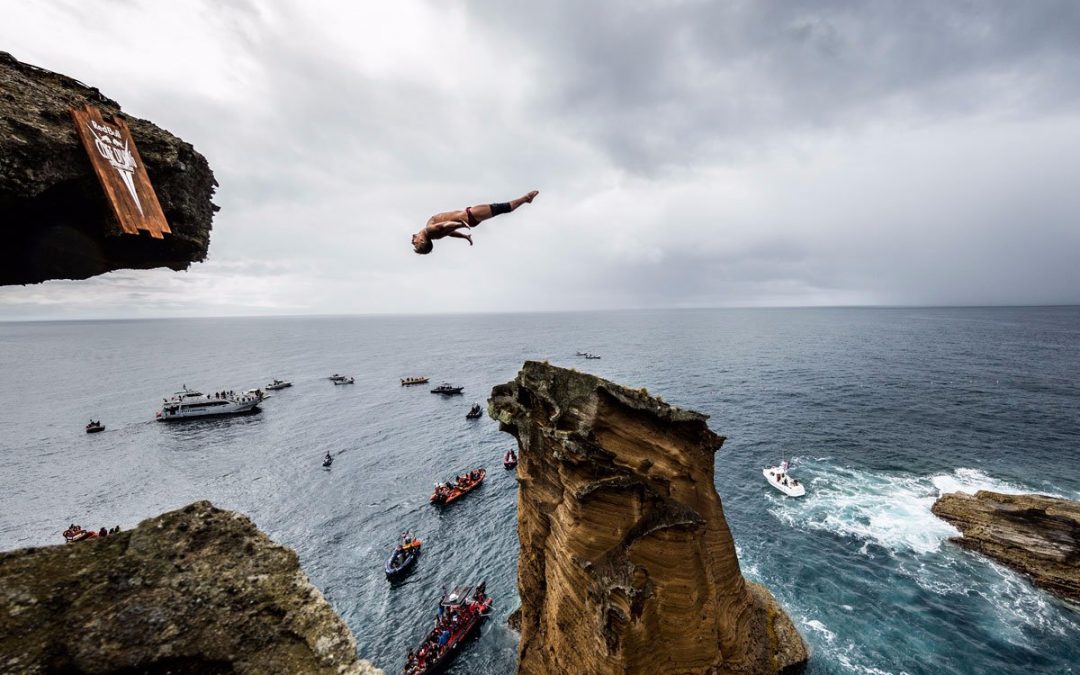 Elite cliff diver David Colturi on the pop star’s popped eardrum and the dangers of the sport.

When you think of bravery, you do not think of Justin Bieber. But, beliebe it or not, the pop star injured himself yesterday, partaking in what could be the world’s oldest extreme sport: cliff diving. Don’t worry, the little guy’s going to be okay — he only broke an eardrum — but cliff diving itself is no joke for the guys who do it for real, and a broken ear drum is the least of their worries. “We hit the water going around 60 miles per hour and we decelerate from 60 to zero in just one second,” says David Colturi, a Red Bull-sponsored diver. “If one of your legs isn’t in tight enough, the water can rip it to the side and pull muscles. If you come up a little bit short, you can take it on the chin and get knocked unconscious — the consequences are tremendous, if not fatal.”… (read more)